Here's some ways you can get involved with giving 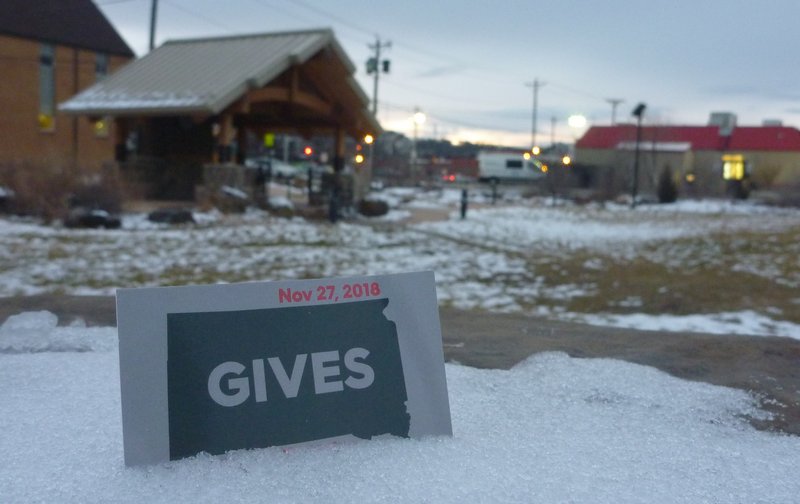 Park sets year-end giving goals
To wrap up 2018 and get ready for the 2019 season at Trinity Eco Prayer Park we are inviting friends of the park to pick one (or more) ways to support the park:
1) Help us find 20 new donors not from Trinity Lutheran Church. Invite a friend or two to make a gift to the park. You could entice them by offering to match their gift up to a certain amount.
2) Raise $1,000 to install a secure donation box in the park
3) Pitch in $2,000 to install a video security system
4) Chip in $3,000 to replace 3 vandalized solar lights
5) Recruit a new groundskeeper (see related article)
6) Find 3 master gardeners to volunteer 5 hours per week April though September 2)
Click HERE to give online.
If you know a potential groundskeeper or master gardener volunteer contact This email address is being protected from spambots. You need JavaScript enabled to view it. or call 605-389-3448. 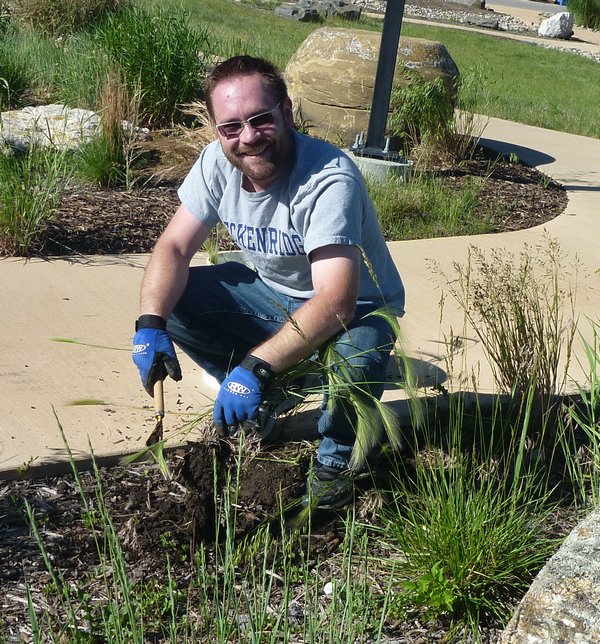 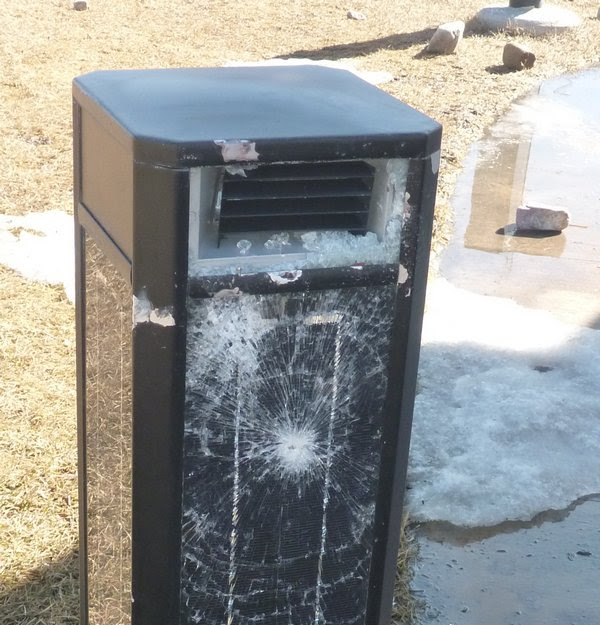 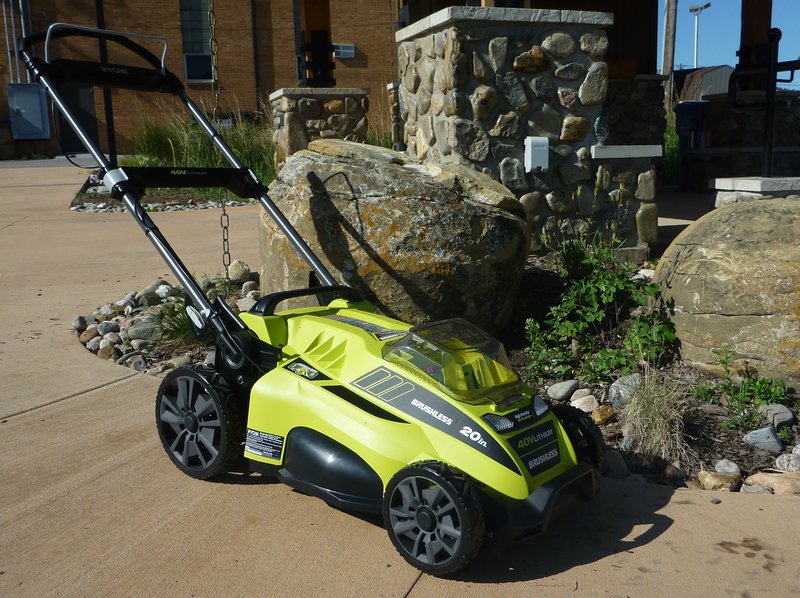 This summer mowing in the park is solar-powered. We are using a 20-inch cordless Ryobi lawn mower. The mower is powered by a 40-volt lithium battery. New brushless technology gives the mower “gas-like” power.

The latest addition to the park's solar-powered arsenal of yard care tools, the mower joins the weed whacker and leaf blower.

The chargers for the tools' batteries are located in the shelter storage area where they draw electricity from the solar panels located on the back of the shelter. When the panels generate more power than the park needs, excess electricity goes into the Black Hills Energy power lines.

BHE pays the park a modest fee for the power, which is applied as a credit to the park’s monthly electric bill. As a result the park’s bill is less than $20 per month.

Park Director Ken Steinken chose the mower after reading reviews of cordless mowers. The Ryobi ranked No. 3, but at $299 it was more reasonably priced than the top two mowers.

Since the mower was not available locally, Steinken was worried about how much it would cost to ship the mower to Rapid City. But Ryobi sells the mowers online through homedepot.com, which provides free shipping.

Although the mower is powerful enough to handle tall grass, its one drawback is that the battery run-time is 45 minutes, which may not be enough for larger lawns. The mower does have an on-board storage slot for an additional battery, which can be purchased separately.

Raising money to buy an electric mower was one of the goals of 2016’s year-end Start Strong fund drive. Thanks to those who donated to help buy the mower. 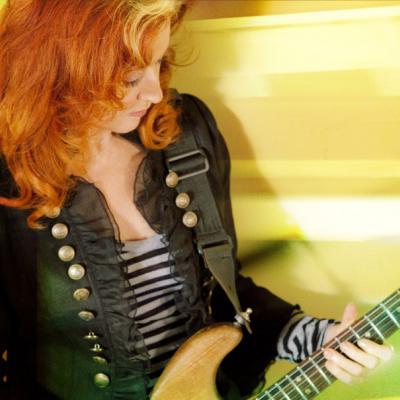 For decades Bonnie Raitt, who has been active in the environmental movement since the mid-70s, has worked to leave a legacy of good in communities where she plays. She finds local grassroots non-profit organizations that work on issues of safe and sustainable energy, environmental protection, peace and social justice. She donates a portion of the concert proceeds to the selected organizations.

At nearly every concert, Bonnie sets aside a number of hand-selected seats to benefit local non-profits. And whenever possible Bonnie’s staff works to coordinate the presence of non-profit organizations at Bonnie's concerts so they can share information with concertgoers.

For her Rapid City concert on Saturday, Sept. 9, Bonnie has chosen to support Trinity Eco Prayer Park. She will also be providing space at the concert for the park to have a table to talk with concertgoers about the park’s use of solar power, its sustainable landscape design, low-impact stormwater management and Sustainability Outreach. She has also selected Black Hills Clean Water Alliance to have a display at the concert. 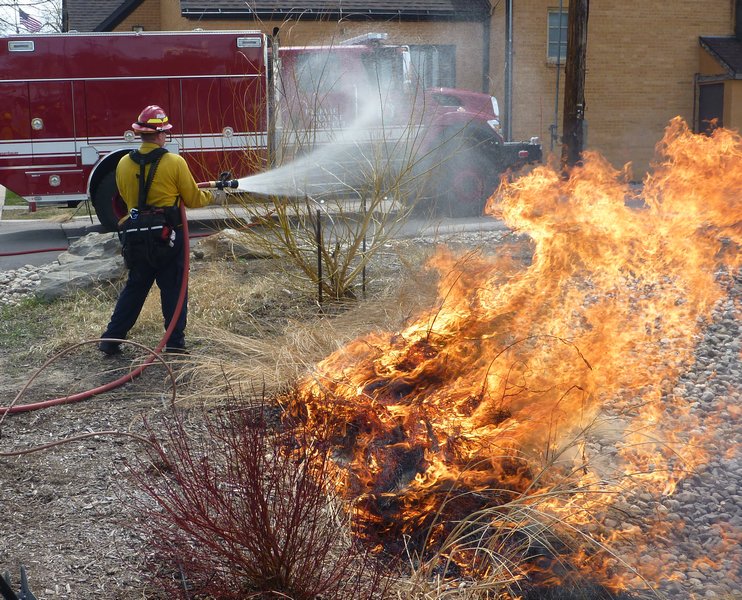 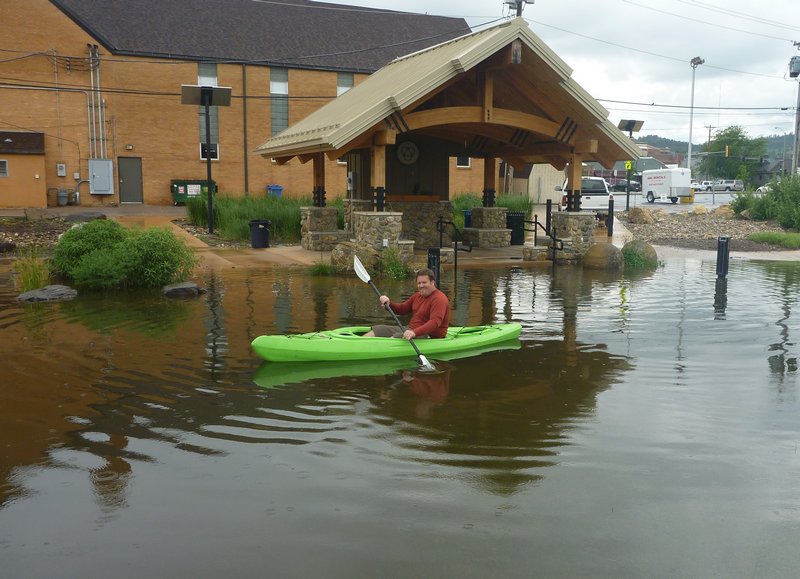 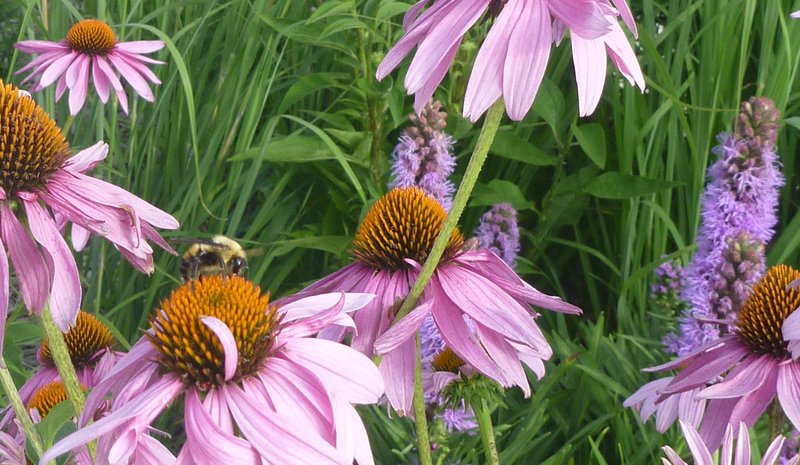 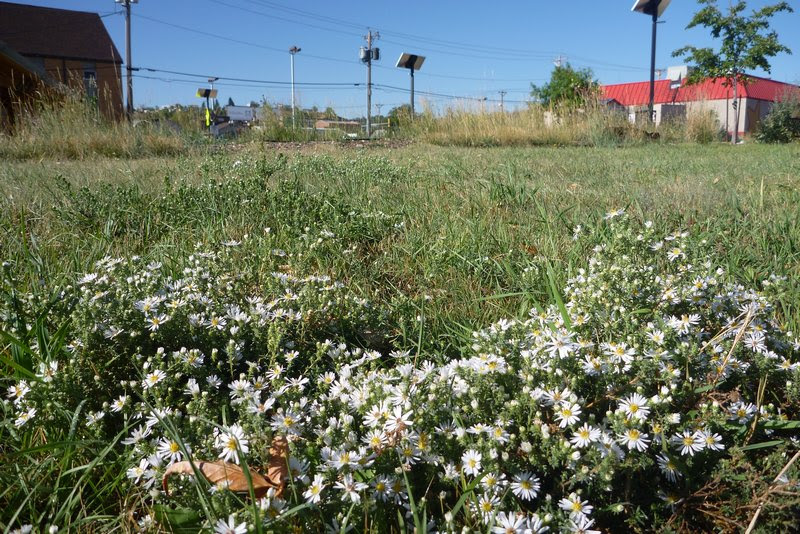 Matching Drive to Pay Off Park

During the community-wide Park Payoff Matching Drive, Trinity Lutheran Foundation will match dollar-for-dollar your gift to pay off the Trinity Eco Prayer Park construction loan of $180,000. About 75 percent of the cost of building the park was raised prior to groundbreaking in 2014.

Give online at www.bit.do/TEPP-Give. If giving by mail make checks payable to TLCEF and mail to 402 Kansas City St, Rapid City, SD 57701. Be sure to put PARK - MATCH on the check memo line to double your gift. 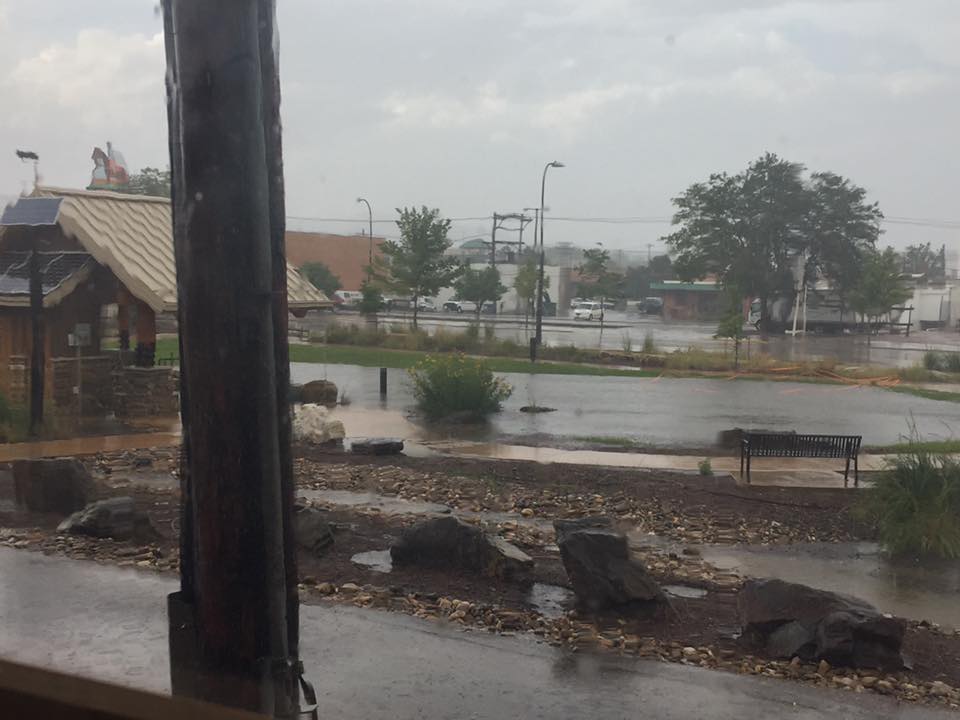 A heavy cloudburst on Aug. 14 flooded the park with storm-water runoff from the parking lots and roofs of the nearby church and Hardee's. Although it might look like a tragedy, it really is a success story of how the park was designed to work. All the water soaked into the ground by the next morning instead of washing into the storm sewer which empties into Rapid Creek. And the park suffered no damage other than some bark mulch that washed into the lawn.