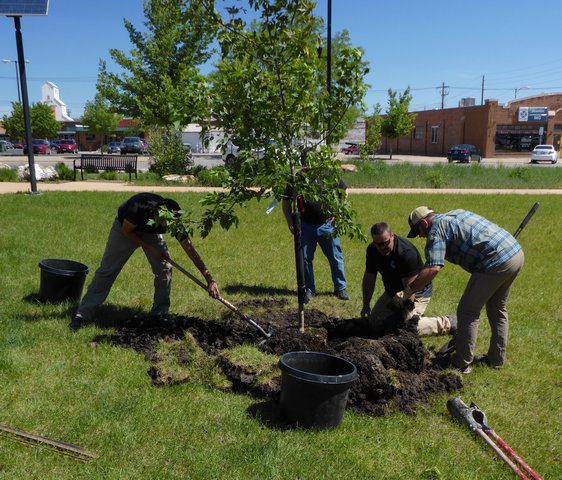 Ever since the park’s grand opening celebration on a scorching hot day in June 2016, it was obvious the park could some shade in the central lawn area. Over the course of a week in May, two people expressed the desire to make memorial donations to have trees planted in the park.

Adding new trees had to take into consideration the park’s design above and below ground. Since most of the park’s electricity is generated by solar panels throughout the park, siting of any tree had to anticipate where a tree’s shadow would cast not only now, but in decades to come. Another concern is the park’s drainfield that was installed 18 inches below the central lawn. Planting trees also had to avoid the main water line coming into the park and the lawn’s underground sprinkler system.